Australian business reaches out to the world 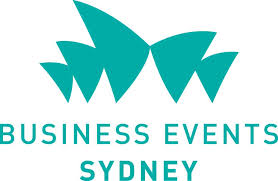 London-based Philip Aiken was in Sydney yesterday to address the Committee for the Economic Development of Australia New South Wales trustees on behalf of Business Events Sydney . Mr Aiken is a prominent Australian businessman, Chair of Balfour Beatty and Aveva, and Newcrest Mining board member, with an enviable CEO record across energy and infrastructure sectors.

His address ‘Drivers of the visitor economy – infrastructure, trade and global connectivity’ outlined how these factors are important in stimulating economic growth and where international conferences should be leveraged for maximum impact. He also discussed Brexit business issues.

“I was excited to address the CEDA trustees to outline Australia’s opportunities on the global stage to increase trade, economic activity and investment in both tourism and infrastructure. The Brexit decision presents opportunities and challenges for Australian businesses, many of whom are continuing to navigate the changing political and economic environment in Europe and the United Kingdom,” Mr Aiken said.

NSW Minister for Trade, Tourism and Major Events, Stuart Ayres has announced that Mr Aiken has been invested as an Ambassador for BESydney, the bureau tasked with securing strategically important global business events for the State.

“Philip Aiken has an incredible range of business insights spanning professional services, infrastructure, energy and mining, so we’re delighted that he’ll be joining more than 90 luminaries who share their knowledge and network to bring global thought leaders to our shores. International conferences are hosted at venues across our State including the brand-new International Convention Centre Sydney, which opens in just four months,” Minister Ayres said.

“We’re looking forward to working together to deliver future benefits to our community from events which boost trade, inward investment, and global talent migration and encourage collaboration between businesses, academia and researchers. International delegates also spend up to 6.5 times more than regular holiday tourists which is another reason we’re incredibly pleased to have secured 145 events up to 2023, with an estimated A$448 million in direct expenditure to NSW,” Ms Lewis-Smith said.