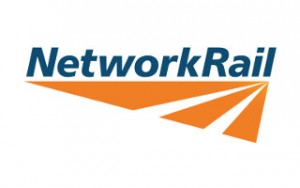 Network Rail will include designs for a ramped footbridge within its proposal to close Cornton level crossing when it submits a planning application to Stirling Council next month.The amendment to the design follows input from local residents and elected representatives.

The original proposal, which includes a new road bridge over the railway to connect Bridge of Allan and Cornton, will be supplemented by a fully accessible footbridge on the site of the closed level crossing. The additional structure has been included following representations from Forth Park residents who expressed concern about the added walking distance between Forth Park and Bridge of Allan.

Network Rail indicated its intention to close Cornton level crossing earlier this year and began a public consultation exercise during the summer. The proposal will see both Cornton 1 (road) and Cornton 2 (pedestrian) level crossings closed and replaced by a new road bridge over the railway.

The alignment of the new bridge presented an additional round trip walking route in excess of one mile for residents of Forth Park looking to make use of facilities in Bridge of Allan. The footbridge will reduce the added walking distance to less than 200metres.

Phil Verster, managing directorm of the ScotRail Alliance (which includes Network Rail), said: “The closure of Cornton 1 will eliminate Scotland’s single biggest level crossing safety risk at a stroke. The location has been the site of dozens of near misses and misuse reports for several years and we see this crossing as a priority for our level crossing closure programme.

“The proposed road bridge presents a significant safety improvement for drivers, pedestrians, cyclists and train passengers, however, we recognised through our consultation process that Forth Park residents were likely to be significantly disadvantaged.

“Following two public drop-in meetings and numerous meetings with elected representatives, we have agreed to add an all abilities pedestrian bridge to the scheme to reduce the adverse impact of the closure on Forth Park residents. While we recognise that the inclusion of a footbridge will not satisfy the concerns of all residents, we believe that is a fair compromise when considering the safety of the wider community as well as visitors to the area.

“I’d like to thank the communities of Cornton and Bridge of Allan for their participation in this consultation and look forward to submitting this improved scheme to Stirling Council for consideration.”

The revised planning application will be submitted to Stirling Council in early December 2016. Both crossings are expected to close in 2019 following completion of both the road and pedestrian bridges.