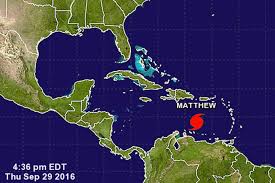 Hurricane Matthew has prompted cruise ship itinerary changes yet again this week following the alteration of the routes of the cruise ships named Adventure of the Seas and Allure of the Seas that took place last week.

This week yet again, several cruise ships have had to make alterations to their routes on account of the track of Hurricane Matthew.

Some of the ships that were forced to undergo route alterations include Carnival Cruises, Disney Cruise, Princess Cruises and Royal Caribbean. A five-day cruise named the Carnival Elation that carried 2,000 passengers left JaxPort around 4 p.m. on Monday. Originally, the voyage was scheduled to pay visit to Half Moon Cay and Nassau.

However, now it would stop in Freeport and Key West.

Some of them even said that the cruise ship route changes would be unable to be a dampener in their honeymoon plans. They sounded quite excited about their journey and some of them said that they would just wear their life jackets to stay safe.

Carnival Cruises said that they were concerned about the safety of their guests and the cruise ship would ensure that it maintains a safe distance from the storm always.

A spokesperson of Carnival Cruises said that they would like to apologize for disturbing the plans of their guests. However, they would make their best efforts to make sure that their guests can enjoy an unforgettable vacation and would take measures to see to it that the cruise ship stays away from the storm.

The Disney Dream that leaves on Monday has also altered its course.