Speculations continue how U.S. tourism would be under trump 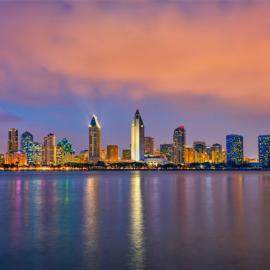 According to a travel survey, 1 million British tourists were predicted to lose interest in travel to the U.S. if Donald Trump was to be elected as president.

This poll was done before the election results and seemed to be hypothetical. It became a very real situation on 11th November, 2016.

Trump’s reputation abroad raises questions for tourist arrivals in the U.S. there is a divisive opinion around the world following the result and Trump being elected as the U.S. President. The survey from The Telegraph showed that 34 percent of Brits are “put off” by the idea of visiting the U.S. during a Trump presidency. Travelzoo found in another survey that about 20 percent of Brits would “definitely” not consider the U.S. as a destination were Trump elected president and even this was taken before the election results were announced. Travelzoo’s managing director said that after the presidential election result, there might be an unstable 2017 for US tourism. Over one million U.K. travellers set to reconsider the country as a holiday destination.

About 77 million foreign tourists visited the U.S. in 2014 of which more than 17 millions of them was from Mexico. Considering Trump’s threats of deporting Mexicans in America, and his concept of building a wall between the two countries, it is much unlikely that the tourism number will grow. It’s even doubtful whether the tourist statistics will remain the same. In 2015, foreign tourists spent $216.8 billion in the U.S., as skift reported and about 4 percent of Americans are directly employed by the tourism industry.