The capital’s largest ever light festival, has won two prestigious awards at this year’s 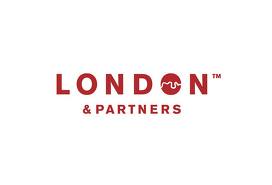 Lumiere London was recognised for being a stand-out event for 2016 and won best Outdoor Event, after using the iconic streets of London as its backdrop. It also scooped the award for Debut Event, exceeding expectations after attracting over one million UK and international visitors to the city.

The four day light festival, developed and produced by the leading creative arts company Artichoke and supported by visitlondon.com and the Mayor of London, transformed the streets and buildings of London’s West End and Kings Cross into a glittering night time art gallery with 30 spectacular light installations, designed by UK and international artists.

Deputy Mayor for Culture and Creative Industries, Justine Simons, said: “Lumiere London reimagined some of the city’s most iconic buildings for hundreds of thousands of Londoners and visitors. The capital’s stunning architecture was brought to life through spectacular projections and installations chasing away the January blues. The nocturnal light trail was the first of its kind in London and, not only did it capture the imaginations of the young and old, this world-class event reaffirmed the capital’s reputation as a global city for culture. These awards are testament to this achievement and the hard work of our partner organisations.”

The event also had significant support from Transport for London, a host of operational agencies and organisations across the city and Westminster Council, as well as founding support from Bloomberg Philanthropies, Heart of London Business Alliance and King’s Cross.

Julie Chappell, Chief Digital Officer at London & Partners, the Mayor’s official promotional company, which runs visitlondon.com, said: “Lumiere London was a truly amazing event for the city and it’s a great accolade to accept these awards.

“It is a credit to the hard work that was put in by everyone to make Lumiere’s debut in London a huge success. It created an immense atmosphere and we were thrilled to see just over a million international and UK visitors on the streets of London, enjoying this spectacular event.”

The mesmerising light displays included a vast aerial net sculpture ‘1.8 London’ created by US artist Janet Echelman, which saw people lying down on the closed roads of Oxford Circus to marvel at the work. Cedric Le Borgne’s ‘Voyageurs’ also attracted huge audiences to St James’s Square where his sculptures created a mysterious and magical atmosphere.

Lumiere London was produced to appeal to Londoners and tourists to reinforce London’s reputation as a leader in culture and art. The event drew over one million visitors to London and delivered an economic benefit of £6.3 million to the city, during what is normally a quieter time of the year. The festival hopes to return to London in 2018.

Helen Marriage, Director of Artichoke said: “We’re thrilled to be receiving this award with London & Partners and it’s a tribute to all of our partners, sponsors and funders, who helped make Lumiere London possible”.

“Over a million people came to experience something truly magical and unusual: this great world city was turned into a temporary free pedestrian playground, where the public were able to enjoy great art, share public space and re-discover the city.”

Maxine Shannon, Project Manager, Argent (King’s Cross): “We are thrilled that Lumiere London has been recognised by winning this award. Lumiere London was an incredible event to be part of, illuminating every area of the King’s Cross estate, and we very much look forward to seeing how it will develop in 2018.”

Ros Morgan, Chief Executive of Heart of London Business Alliance, which represents over 500 businesses and property owners in Piccadilly, St James’s, Piccadilly Circus and Leicester Square area, said: “We focus on growing the West End as a world-leading destination and events such as Lumiere London enhance this reputation. The award is thoroughly deserved and I know our members, businesses and partners enjoyed the economic and cultural uplift from Lumiere London. We are now working with our partners to see this fantastic event return in 2018 and I have every confidence it will be bigger and better than ever.”

Artichoke is one of the UK’s leading creative companies. Recent ambitious outdoor projects include London’s Burning, a series of events to commemorate the 350th anniversary of the Great Fire of London, including the spectacular finale which saw a 120-metre-long sculpture of 1666 London skyline set ablaze on the Thames in a dramatic retelling of that historic moment.