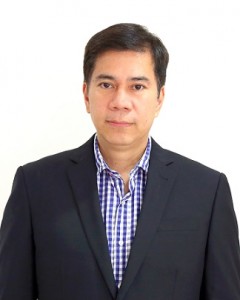 The tourism ministers of the ten countries constituting the Association of South East Asian Nations (ASEAN) are meeting in Manila at the staging of the 35th ASEAN Tourism Forum (ATF) this month to map out an integrated tourism development plan and policy framework for the entire region.

The ministers, according to the Department of Tourism (DOT), will also meet with the officers of the national tourism organizations (NTOs) of the ASEAN-member countries during the ATF 2016. Comprising the NTOs are industry players and regulators of the various tourism sectors of Brunei Darussalam, Cambodia, Indonesia, Laos, Malaysia, Myanmar, Philippines, Singapore, Thailand, and Vietnam.

The daily meetings will be held at the Hotel Sofitel Philippine Plaza from January 18 to 22 as DOT marketing arm Tourism Promotions Board rolls out the ATF exhibits at the SMX Convention Center, Mall of Asia, for the entire duration of the 8-day international event, or up to January 25.

DOT Undersecretary and ATF 2016 Philippine Host Committee Chairman Benito C. Bengzon Jr. said the ATF exhibits featuring the bests of ASEAN would give thousands of visitors from all over the world an awesome viewing experience. Among the visitors will be hundreds of foreign buyers and members of the international media.

“Representing the Philippines at the ASEAN Ministers Meeting is (DOT) Secretary Ramon R. Jimenez Jr., who sees the region emerging as a major player in global tourism,” Bengzon said.

“The policies to be formulated and polished will be based on the inputs from the various NTOs and how these can be reconciled with the current laws of the ASEAN-member countries and immediately implemented across the board. The overriding objective is to come up with a single tourism policy infrastructure, legal framework or strategic platform for all of ASEAN that will be in line with the AEC (ASEAN Economic Community) blueprint 2025 formulated recently (Nov. 22, 2015 in Kuala Lumpur, Malaysia) and boost the inflow of tourists, not just to one or two countries, but throughout the region,” Bengzon pointed out.

“The objective is to make ASEAN tourism contribute to the overall regional economic integration agenda that is envisioned to address the human requirements of Southeast Asia’s 622 million people,” Bengzon explained.

“That regional population is equivalent to a whopping US$2.6 trillion consumer market, which can be translated into a massive human resource with a GDP or total economic output of US$2.57 trillion at a growth rate of 4.6 percent in 2014, or much faster than the developing Europe’s 2.4 percent, Latin America’s 0.9 percent, and the combined Middle East’s and North Africa’s 2.2 percent, all based on World Bank figures,” Bengzon stressed.

“And while global financial services firm Morgan Stanley has projected the world economy to contract by five percent last year, the ADB (Asian Development Bank) sees ASEAN economic growth rising by 4.9 percent in 2015 and 5.3 percent in 2016 to help balance the deceleration in China and cushion its global impact,” Bengzon added.

He cited tourism as one of ASEAN’s major strategic and tactical weapons in perking up business activities, drawing investments from other global growth centers, generating employment, raising government revenues, increasing corporate and individual incomes, and broadening up the region’s domestic capital and entrepreneurial base to help fight poverty and resist global financial shocks.

“We just have to collectively preserve, develop and promote our distinctly natural, historical and cultural tourism attributes as economic assets and use them sustainably in addressing the needs of the ASEAN people. As the saying goes: ‘The whole is greater than the sum of its parts.’ This exactly is what ASEAN tourism integration is envisioned to achieve and inspire through this year’s ATF theme ‘One Community for Sustainability.’ ASEAN’s tourism resources constitute a gold mine yet to be tapped as, indeed, the best is yet to come,” Bengzon stressed.