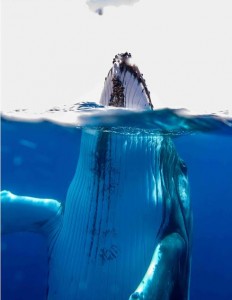 The biggest-ever whale swim season in the warm tropical waters of Tonga has just ended with guests of Australian eco operator, Majestic Whale Encounters, enjoying close encounters with hundreds of humpbacks over the past two months.

The promise of even more whales in 2017 has prompted Majestic Whale Encounters to offer an earlybird discount of $700 per couple on all its whale swim holidays in Tonga next year, with packages that include all main meals, inter-island flights and a free night on arrival in Tonga.

Majestic Whale Encounters will offer five eight-day whale swim tours in the peak humpback season in August and September, 2017.The unique tours allow Australians to swim with the graceful humpbacks and their playful calves in the turquoise waters of Tonga off the idyllic, tropical island of Ha’apai, a short flight north from the capital, Nuku’alofa.

Majestic Whale Encounters includes all main meals and local, inter-island flights in its packages as well as a free first night near Nuku’alofa on arrival from Australia. Majestic staff also remain with guests throughout the eight-day experience, assisting with the whale swims and sharing their knowledge of and love for the humpbacks.

Each of the eight-day packages includes beachside bungalow accommodation on Ha’apai, local inter-island flights, all main meals, transfers and five guided days of snorkelling with the whales from a catamaran. Guests will also have the opportunity to snorkel on coral reefs, laze in hammocks on white sandy beaches and get a taste of Tongan culture. Bush walking, kayaking, fishing, scuba diving and cycling are also available during leisure days.