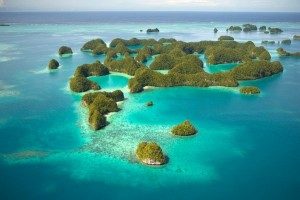 The Pacific Asia Travel Association (PATA) is pleased to announce that the PATA New Tourism Frontiers Forum 2017 (NTFF 2017) will be held in the pristine paradise of Palau.

The event, generously hosted by the Palau Visitors Authority, consists of a one-day conference, networking events and a day of on-ground activities embracing a Technical Tour and Tourism Marketing Treasure Hunt.

PATA CEO Dr. Mario Hardy stated, “On behalf of PATA, I would like to thank the Palau Visitors Authority for providing us the opportunity to showcase one of the most beautiful and pristine island paradises in the world. The event will enable us to present the natural beauty, culture and heritage of this magnificent destination whilst also providing insights into how best to market lesser-known destinations and manage the increase in international visitor arrivals.”

Nanae Singeo, Managing Director of Palau Visitors Authority, said, “We are extremely honoured that this important event is taking place next year in Palau. Palau is a small island nation of 20,000 people but known and recognised globally as a conservation leader. As the UNWTO has declared 2017 as the Year of Sustainability we could not ask for a better time to stage this event in Palau.”

Palau is an island country located in the western Pacific Ocean. Comprising 586 islands, from the big island of Babeldaob to the smallest rock, approximately seventy-five percent of Palau is covered in native forest and mangrove. The country contains diverse terrain, flora and fauna, and a rich variety of wildlife.

Palau is also home to a unique phenomenon – the Rock Islands. These are collections of largely uninhabited, mushroom-shaped islets located in a vast lagoon protected by fringe reefs from the fury of the open sea. They house one of the world’s greatest concentrations of coral and marine life and, in 2012, the Rock Islands’ Southern Lagoon was inscribed into the United Nations Educational, Scientific and Cultural Organization as a World Heritage Site.

The friendliness of Palau’s people is welcoming, but it is their immense esteem for the island’s natural resources – a respect anchored in steep tradition – that has yielded broad conservation of nature’s gifts. In 2009 Palau became the world’s first Shark Sanctuary and, in the near future, a Palau National Marine Sanctuary will restrict 80 percent of Palau’s Exclusive Economic Zone from foreign fishing.

The effect is profound in that Palau remains an earnestly enchanting land, a tropical paradise of untouched coral reef rife with exotic sea life.

From major metropolitan airport centres around the world, visitors can travel with any international carrier airlines and fly direct to Palau from Chinese Taipei (3.55 hrs), the Republic of Korea (4.25 hrs), Japan (4.05 hrs), the Philippines (2.5 hrs) or Guam (1.5 hrs).

Aligning with the advocacy theme of tourism dispersal, the PATA New Tourism Frontier Forum shines the spotlight on new and emerging destinations through its choice of venue, introducing delegates to lesser-known yet attractive corners of the world through collaborative and informative programmes.