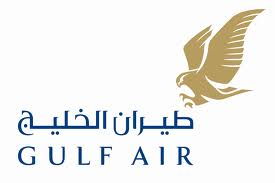 Gulf Air, the national carrier of the Kingdom of Bahrain, has launched its sale season campaign, slashing fares up to 55% for passengers travelling across the airline’s network for the period of 01 September until 10 December 2016. The tickets will be available for purchase starting from 01st to 15th September 2016, offering attractive and low prices to many winter city breaks and year-round summer destinations.

Following a busy summer travel period, Gulf Air is offering these attractive fares for passengers wishing to visit a range of Gulf Air destinations. The airline is committed to deliver the best service at competitive prices which will appeal to different passengers’ travel preferences.

Boasting one of the largest regional networks with multiple daily flights to over ten cities across the Middle East, Gulf Air serves 40 cities in 23 countries and is well-positioned to facilitate two way movement between Europe, Asia and several key destinations in the Middle East with excellent connectivity via its efficient Bahrain International Airport hub.