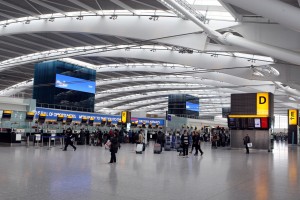 The first post-Brexit report into the independent Airport Commission study has found that expanding Heathrow could boost UK GDP by up to £24,500 per family – almost double the value of expanding Gatwick.

Respected economic consultancy, the Centre for Economic and Business Research (Cebr), says Heathrow’s connectivity and cargo capacity mean the expanded airport will be an “engine of Brexit growth, driving opportunity up and down the UK”.The report concludes that following the Brexit vote, if the Prime Minister opts for Gatwick, it “could be a political and economic gamble that could be costly for decades.”
Using the Government’s own independent Airports Commission figures, the Cebr report also found:

Heathrow expansion could boost the UK economy by as much as £24,500 of GDP per family – £11,195 more than the equivalent figure for Gatwick. In all future scenarios modelled by the Airports Commission, GDP benefits per family ranges from £12,935 to £24,480 from Heathrow expansion.

Only Heathrow expansion has the potential to create over 100,000 new jobs outside of London and the South East. In every region and every future scenario, it estimated that Heathrow could deliver more GDP benefits and more jobs than Gatwick. Northern Ireland, Scotland, Wales, the North West, Yorkshire and the South West all see significant job creation.

Up to £56bn more GDP than Gatwick outside of London. Helping to make Brexit a success, Heathrow’s connectivity to the world and to the UK’s great cities mean that for every region Heathrow expansion is estimated to deliver more economic growth and more jobs than Gatwick. An estimated total of £56bn more GDP benefits outside of London and the South East.

Only the tax revenues following Heathrow expansion could fund a VAT cut to 15%. As an example of Heathrow’s role in the UK economy, the incremental additional tax revenue to 2030 created by a third runway, could allow the Government to hire 68,000 police officers or over 76,000 secondary school teachers. Alternatively, the extra revenue by 2060 could be used to cut VAT by 2.5%

Vicky Pryce, Cebr’s Chief Economic Adviser commented: “Airport expansion has been a thorny issue for governments of every political hue. What this analysis shows is the centrality of Heathrow to the British economy. There can be few more important decisions the Government must make, especially after the EU referendum. The price of making the wrong decision by the Prime Minister will be a political and economic gamble that could be costly for decades.”

“If we are to succeed outside of the European Union, every choice the Government makes must aim to deliver a stronger, more competitive economy and seek to encourage growth in the regions, as well as in London. On both those measures, this report shows Heathrow’s future will be crucial in reducing the uncertainties of a post-Brexit world.”