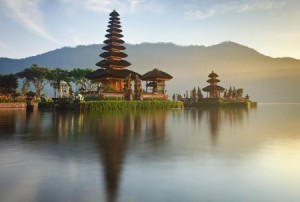 The government of Indonesia has introduced a new series of cruise ship regulations that are simpler as compared to the past ones. Arief Yahya, the minister of tourism said that this move aims to boost the growth of cruise tourism in this archipelago. He said that the brand new regulations lift the restrictions for international yachts and cruise lines.

This implies that from now onward, they would be capable of disembarking cruise passengers in five of the largest seaports of Indonesia.

He went on to add that the program would motivate more foreign cruise vessels to visit this region. He feels that due to the new move, the cruise arrivals would grow to 1,500 in 2019 right from 750 in the year 2014.

The tourism ministry estimates that the region would be able to attract at least 5,00,000 cruise traveler by 2019.

Apart from this, the tourism ministry of Indonesia also plans to promote its destinations beyond the ever-popular Bali island. Yahya said that Indonesia would soon start promoting 10 new destinations that the country refers to as the ‘new Bali’. The destinations would include Morotai, Wakatobi, Labuan Bajo, Mandalika (Lombok), Bromo-Tengger-Semeru , Borobudur, Thousand Islands, Tanjung Lesung and Lake Toba.

Besides this, the government of the nations has also been planning to create about 1,00,000 homestays, especially in the 10 new locales, that is ‘new Bali’, and the decision is triggered by a growing demand for accommodation options.

Furthermore, the government would be making air travel across the country easier.

The key markets of Indonesia are Australia, China, Malaysia and Singapore. However, Indonesian government also feels that the markets of India, Middle East and Europe have strong potential.