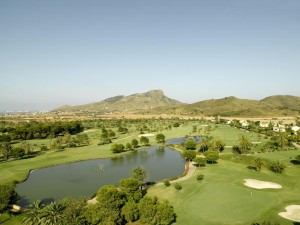 Golfers eager to escape the clutches of the cold weather can enjoy some welcome respite at Spain’s La Manga Club this winter with the leading Spanish resort offering great value on an array of golf packages.

The award-winning venue in Murcia, south-east Spain, is an established favourite with players across Europe and has the ideal antidote to wet conditions and freezing temperatures, with a selection of three, five and seven-night stay-and-play breaks available over the coming months.

Bookable until March 31, 2017, the attractive packages include the opportunity to play all three of La Manga Club’s famous 18-hole courses – the North, South and West, all ranked inside Spain’s top 40.

Bed-and-breakfast accommodation is provided in either the resort’s five-star Hotel Principe Felipe or four-star Las Lomas Village, while players keen to hone their golfing techniques can take advantage of an array of tuition breaks at La Manga Club’s new Golf Training Centre under the expert guidance of new director of golf training Thomas Johansson.

All prices are based on two people sharing a room and also feature complimentary use of Spa La Manga Club’s fitness centre, indoor pool, saunas and steam rooms.

In addition to golf, the resort – the official overseas training base of the Lawn Tennis Association – also boasts a 28-court tennis academy, a new High Performance Sports Centre and 2,000m² spa and fitness complex. It offers the choice of a five-star hotel, four-star serviced apartments and townhouses, and more than 20 bars and restaurants.

n Three, five and seven-night golf breaks are available to book at La Manga Club until March 31, 2017, with prices starting from only €285pp. Packages include golf on any of the resort’s 18-hole golf courses, bed-and-breakfast accommodation and use of Spa La Manga Club’s fitness centre, indoor pool, saunas and steam rooms.