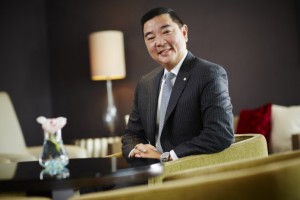 Melvin brings with him over 20 years of industry expertise gained from key operations and leadership roles he has held across Southeast Asia with major hospitality companies that include the InterContinental Hotels Group, Millennium & Copthorne International, The Ascott Limited, Park Hotel Group and Far East Hospitality.

He joins Meritus following a successful two years as Area General Manager for Far East Hospitality, where he was responsible for the operations and profitability of Far East Organisation’s three key hotels in Singapore-Orchard Parade Hotel; The Elizabeth Singapore; and The Quincy Hotel.

Prior to that, he was Vice President for Park Hotel Group overseeing the performance of hotels within the Group’s Greater China portfolio. Concurrent to his role, he was also Chairperson of the Group’s Product Innovation Committee spearheading the development and implementation of new product and service standards for the brand.

As he takes the helm at Marina Mandarin Singapore, Melvin looks forward to driving greater levels of competitiveness and business performance for the hotel. With his proven strength in developing people and implementing industry-leading product and service standards, Melvin is uniquely qualified to steer Marina Mandarin Singapore in the right direction for strategic growth.