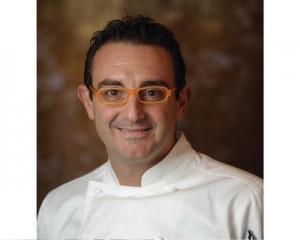 Four Seasons Hotels and Resorts throughout the world present a “taste of place” in dining venues designed to showcase authentic local culture and fresh produce reflective of the destinations in which the hotels are located. At Four Seasons Resort The Biltmore Santa Barbara, the American Riviera is discovered in the flavours of Executive Chef Marco Fossati, who calls upon seminal cooking experiences and training in his native Italy and throughout the Mediterranean. This month, Chef Marco, a celebrated Four Seasons culinary leader who is new to Santa Barbara, has re-launched menus at both the Resort’s signature Bella Vista Restaurant and at Tydes Restaurant, an exclusive, ocean front dining experience that has no equal in California.

Bella Vista Restaurant is one of the highest profile restaurants in Santa Barbara and the only dining venue in the city that features an open-air ocean view marble terrace, romantic fire pits and seating for up to 100 guests. The Biltmore Brunch presented on Sundays is consistently voted among the top 100 brunches in the USA, and Saturday Afternoon Tea is a local tradition. Lunch entrees include seafood, Cobb salads, green pea gazpacho with Santa Barbara avocados and unobstructed views of the Channel Islands, making Bella Vista the most coveted lunch spot in Montecito.

As the sun sets nightly, dinner entrees at Bella Vista include fresh pasta, made daily at the restaurant along with gourmet pizzas, meat, poultry and seafood preparations. The contemporary Italian menu showcasing fresh California ingredients is the only one in the region to present Genovese pesto – a signature tribute to Genoa, Italy, which is Chef Marco’s birthplace. Other popular homemade pastas include tagliatelle alle vongole, ravioli, rigatoni with burrata, creste di galle all’Amatricana and risotto “come un pizza” – a vegan take on Sicilian flavours. Veal parmigiana, bistecca tagliata branzino, king salmon and rack of lamb are seasonally-focused entrees. Bella Vista also has the distinction of being one of only 12 restaurants in California (and the only one in Santa Barbara) licensed to cure its own meats and the shared charcuterie plate is the most popular appetiser on the menu.

No restaurant in California can match the ocean front setting of Tydes Restaurant, which sits directly atop pristine Butterfly Beach in Montecito. The restaurant is located inside the Coral Casino Beach and Cabana Club, an exclusive venue open only to club members and to overnight guests of Four Seasons Resort The Biltmore Santa Barbara.

Tydes is the Resort’s specialty oceanfront seafood restaurant featuring refined dining, Mediterranean flavours and fresh, seasonal preparations. The flavours of Liguria, Mallorca, Greece and Morocco figure prominently on the Tydes menu and the ingredients are always evolving based on weather conditions and seasonality. The light fare of the Amalfi Coast is reflected in the lunch menu.

House-made desserts including ice creams and sorbets crafted in the Resort’s pastry kitchen provide a sweet finale to memorable dinners. Service is warm and personalised. Tydes Restaurant honours a dress code of resort casual to preserve a refined environment.