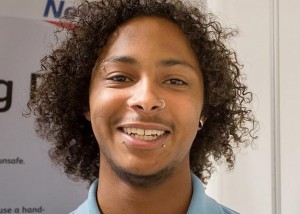 Over 250 jobseekers in the capital have gained new jobs or skills as part of the Thameslink Programme, a multi-billion pound railway upgrade which includes Network Rail’s rebuilding of London Bridge station.

The number includes 91 jobseekers from the surrounding London Borough of Southwark who have found employment with Network Rail and its London Bridge delivery partners across a wide range of roles which include engineers, electricians, project planners, environmental advisors, security officers, and personal assistants.

A further 85 jobseekers from the Greater London area including local to London Bridge station have enrolled onto an apprenticeship and 12 local previously unemployed local residents have gained NVQ qualifications.

Network Rail and its contractors – Costain, Balfour Beatty, Skanska and Siemens – are working towards and, in some cases, exceeding their skills and employment targets to help bring about a better society as well as a better railway.

Heather Spring, from south London, is one of the many jobseekers who has benefited from this initiative. Now working for Balfour Beatty as a personal assistant, Heather has been in her position since January 2016 having previously been unemployed following redundancy. Heather said: “When I was made redundant, I wasn’t ready to retire and when I saw this opportunity I applied straight away. I have always been interested in the railway and I am really enjoying working on such a huge project that will improve commuters’ journeys immeasurably.”

Eighteen-year-old Lewes Burton-Bell, a Network Rail apprentice from Bromley currently working on the vast scheme to rebuild London Bridge station said: “This is a fantastic opportunity for me; when other people are finishing university, I’ll have a career.”

Simon Blanchflower, Network Rail’s Thameslink Programme Director, said: “The Thameslink Programme will bring huge long-term benefits to passengers across the south east through to London and beyond to Peterborough and Cambridge. As well as improving the railway, we want to improve communities by providing employment and training opportunities for long-term unemployed people.

“Working on projects that include the redevelopment of London Bridge station and the building of a new railway junction in Bermondsey will open up new opportunities to the chosen candidates. Not only will they have a fantastic opportunity to help build a new railway, they will learn some valuable new skills along the way.”

Councillor Johnson Situ, Cabinet Member for Business, Employment and Culture on Southwark Council, said: “Southwark Council is committed to creating a thriving local economy and reducing long-term unemployment. We’ve set ourselves the ambitious target of creating 5,000 jobs and 2,000 apprenticeships of which the Thameslink programme has been an important part. The scheme has helped to upskill local residents through meaningful apprenticeships and supported them into sustainable work.”