Quake of 6.2 magnitude hits Japan, no casualties so far 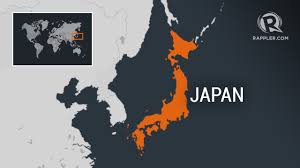 A 6.2-magnitude earthquake hit Japan on Friday, according to the US Geological Survey. , The USGS went on to say that the quake, which was 6.3 kilometers in depth, struck near Kurayoshi city to the west of Osaka.

Almost 80,000 households suffered from initial blackouts, but most power has been
restored. A handful of light injuries were reported.

There have been reports of housing damage, with state media showing properties
flattened by the temblor, but no tsunami warning has been issued.
No irregularities were reported from nuclear power plants in the region, authorities
said.

The operator of the Chugoku and Okayama Highways, NEXCO West, said the roads
had been closed for safety inspection, but no damage has been recorded.

Aid groups were standing by to offer material support if needed.
The Japan Meteorological Agency has warned of possible strong aftershocks in the
next couple of days.
Japan, which sits along the so-called Ring of Fire, is no stranger to earthquakes.

The biggest earthquake to hit Japan occurred on March 11, 2011, when a magnitude-9.0 centred 231 miles (372 kilometers) northeast of Tokyo devastated the country.

That temblor triggered a mammoth tsunami that swallowed entire communities in
eastern Japan. It killed about 22,000 people — almost 20,000 from the initial quake
and tsunami, and the remaining from health conditions related to the disaster.