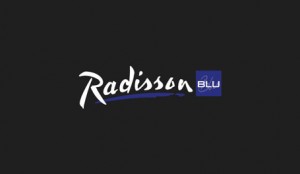 Radisson Blu, the iconic hotel brand driven by innovation and design, is delighted to announce its new partnership with the Soap for Hope™ program, which recycles used hotel soaps to create fresh bars for distribution in local communities with limited access to hygiene and sanitation.

The Soap for Hope™ program works in partnership with Sealed Air, the leader in food safety and security, facility hygiene and product protection. Soap for Hope™ was pioneered by Sealed Air to save lives by giving free soap to communities with limited access to soap, to create local entrepreneurs and to help hotels reduce waste through recycling.

Capitalizing on the success of projects in Georgia and in the Philippines, 23 Radisson Blu hotels* across Africa, Indian Ocean, Middle-East and APAC will collect used soap bars and pass them to Sealed Air representatives. Local entrepreneurs are then shown how to recycle the soap using an innovative cold-press method, which takes less than ten minutes to complete and requires no running water or electricity. The used soap is then distributed to local communities.

Inge Huijbrechts, Vice President Responsible Business at Carlson Rezidor Hotel Group, explained: “We are delighted to join the Soap for Hope™ program with Sealed Air. We have been impressed by the enthusiasm and commitment from participating hotels. The program creates shared value between our business and the communities in which we operate. Providing local access to better hygiene aligns closely with the brand’s Blu Planet program to encourage water mindfulness.”

Stefan Phang, Sealed Air’s Regional CSR and Sustainability Director, commented: “A typical 400-room hotel generates 3.5 metric tons of solid soap waste each year. Hand-washing with soap is one of the most effective and inexpensive ways to prevent diarrhea and respiratory diseases in developing countries, where millions of children every year suffer from diseases that could otherwise have been prevented. Partnering with Radisson Blu will provide an opportunity for us to grow our presence in emerging markets, where access to sanitation is a critical component of improving healthcare.”

Soap for Hope™ has been launched in 62 cities and 22 countries together with 249 partner hotels. To date, 750 tons of used soap has been recycled into 6.2 million new bars and every year, about 400,000 people in local communities benefit from this program.