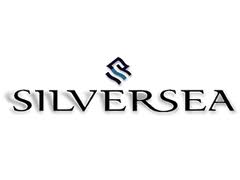 Silversea, the leading ultra-luxury cruise line, today announced the appointment of Roberto Martinoli as Chief Executive, effective from September 19th. Martinoli, Board Member of Silversea since 2013, becomes CEO after an extensive, and successful career in the cruise and shipping industry, “Roberto is a dedicated professional with a long track record of driving great companies to even higher heights.

I am certain that he will be instrumental in pushing Silversea Cruises to consistently deliver unrivalled levels of luxury, service and business performance”, said Manfredi Lefebvre d’Ovidio, Executive Chairman of Silversea Cruises.

“I have known Manfredi for many years as a peer and a colleague, I have worked closely with the Silversea team in my role as a Board member for the past 4 years, and I am excited to have been given the opportunity to further develop my relationship with this fantastic brand as it enters this new phase of growth”, said Martinoli.

Based in the company’s headquarters in Monaco, he will report directly to Manfredi Lefebvre d’Ovidio, Executive Chairman of Silversea Cruises.