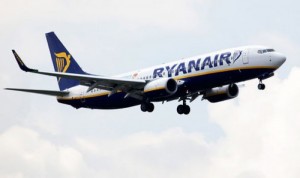 The Mayor of Bergamo, Giorgio Gori, officially opened the hangar and centre of excellence, which has created a further 30 jobs, as Ryanair invests over €32.5m at Milan Bergamo Airport.

“As Italy’s biggest airline, we are delighted to open our first Italian maintenance hangar facility at Milan Bergamo. This investment would not have been possible without the support of the airport authorities and the local region. We are also pleased to officially open our new Technological Centre of Excellence at Milan Bergamo, which houses a full scale training aircraft, a full motion Sim and extensive engineering storage. These two very significant infrastructural investments, totalling over €32.5m, have created 80 jobs, underlining Ryanair’s ongoing commitment to Italy and Milan Bergamo.”

“The inauguration of the new hangar dedicated to the maintenance of the 737 aircraft adds an important element to the base of operations of Ryanair in Milan Bergamo. The value of the investment in our airport by the Irish airline, who has decided to adopt a strategic infrastructure for the increasing efficiency of flight operations, strengthens the partnership in place since 2002 and is, as well as a confirmation of continuity of the presence of Ryanair at Milan Bergamo, a decisive factor in supporting shared goals of growth and consolidation of the connecting network.”