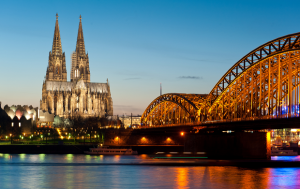 The British cruise line Saga is offering another sailing option for the guests as the cabins with top seats on the river cruise to the André Rieu concert in Germany’s Cologne got sold very quickly.

The guests, who could not get tickets for the previous cruise, can now book seats on the ‘Waltzes of André Rieu and the Rhine’, which is scheduled to depart on 10th March, 2017. The guests can watch the violinist André Rieu to conduct the 60-piece Johann Strauss Orchestra from the Category One seats.

The Regina Rheni II cruise from Netherlands’ Arnhem has been chartered for Saga cruises and it will let the guests to go ashore to witness the orchestra of André Rieu before heading towards Cologne.

The ship will give an overnight stop at Rudesheim and on the very next day, it will sail towards Mainz, where travellers will be sent on an excursion to Heidelberg. One can also visit the confluence of the rivers of Rhine and Nahe. The cruise will make other stops at Boppard and Koblenz. And the ultimate attraction of the river-cruise will be visiting Bonn, the birthplace of musical legend Beethoven. Here the travellers will get to witness Beethoven’s original manuscripts, his piano and other instruments.

During the eight-night long river cruise, voyagers will get to enjoy complimentary food, wine, beer and other soft drinks along with soul soothing music.

At the end of the cruising trip, Regina Rheni II will sail back to Cologne, unless the travellers choose to pay some more to stay another two nights on the ship.