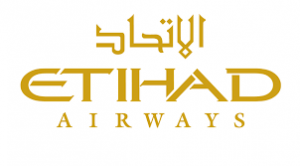 Hala Abu Dhabi, the destination management company of the Etihad Aviation Group , has been selected as the exclusive shore excursions and activities provider for Sir Bani Yas Island and Beach Oasis, the latest cruise destination stop in the UAE for the 2016/2017 season.

Darren Peisley, Acting Chief Executive Officer of Hala Group, said: “We’re delighted to have been selected for this exciting development. Sir Bani Yas Island will be one of the best new locations to enter the cruise market this year.

“By offering customised add-ons including flights, visa processing, accommodation, in-house operated tours and safaris alongside multi-lingual tour guides, Hala is able to provide a one-stop-shop solution to cruise operators in the Gulf.”

Hala played a central role in the opening of the new Cruise Terminal at Zayed Port in Abu Dhabi in December 2015, working closely with MSC Cruises on a special ‘Fly-Cruise’ package for travellers to the Arabian Gulf. MSC Cruises will replace MSC Musica, which served the region during the 2015/2016 cruise season, with the larger MSC Fantasia for the 2016/2017 season.

Sir Bani Yas Island will be the Arabian Gulf’s only dedicated cruise beach stopover, and one of Abu Dhabi’s primary cruise tourism assets. The Island is one of the largest natural islands in the Emirate of Abu Dhabi, and one of the eight islands collectively known as the Desert Islands. In 1971, the late Sheikh Zayed Bin Sultan Al Nahyan, the founding President of the United Arab Emirates, established Sir Bani Yas as home to one of Arabia’s largest wildlife reserves.

Sir Bani Yas is also home to one of the most important archaeological sites in the Middle East. To date, 36 archaeological sites have been discovered including a 4,000-year-old circular tomb, a fortified watchtower, a mosque and the remains of a pre-Islamic Christian site, the latter open to visitors.