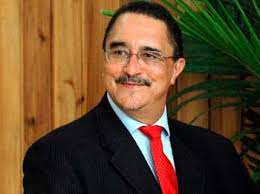 The resignation of the two top senior officials at the St. Lucia Tourist Board (SLTB) has been taken in stride by Prime Minister Allen Chastanet who says he is not too taken aback by the resignation.

“I think everybody recognizes we are in the process of change and unfortunately some times that change, some people can embrace it and some people can’t,” Chastanet told St. Lucia Times newspaper, thanking Lewis and Warner-Arnold for the work they have done and wished them the best in their careers.

“They only deserve the best,” he said, adding there was need to move on.

SLTB Director Louis Lewis and his deputy Tracey Warner-Arnold have resigned with their resignations taking effect at the end of January 2017 and the end of this month respectively. No reasons have been given for the resignations of Lewis, who served at the SLTB for nine years and Warner-Arnold.

However, Chastanet, a former tourism minister told the newspaper that while in opposition his now ruling United Workers Party (UWP) had announced plans for the creation of a Tourism Authority to replace the SLTB.

The PM also complimented his Tourism Minister, Dominic Fedee, for the work he is doing in turning around the Island’s numbers as quickly as possible.