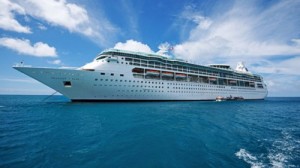 Rhapsody of the Seas, a cruise ship of the Royal Caribbean has suffered extensive damage on account of strong winds that blew close to the coast of Greece on Monday morning. However, none of the passengers have been injured. The cruise ship is sailing currently.

Cynthia Martinez, director of global corporate communications for RCCL said that yesterday morning the Rhapsody of the Seas confronted with violent winds for a short period of time.

This led to minor damages to the cruise ship especially in the public areas. However, currently the ship is completely safe and is fully operational. He also added that the climatic conditions have improved throughout the entire day.

The members of Cruise Critic said that around 5 a.m. on Monday morning the ship was moving through a low pressure storm. They said that certain things were seen flying across the rooms and a wardrobe door was flying open. The captain of the cruise ship had then approached the people onboard the ship and made announcements saying everything was under control. He further explained what was causing the problem.

The captain said that the Viking crown lounge was damaged and 12 large windows were also destroyed. Apart from that, many smaller windows that were on the pool deck have also gone through. He then said that there were no reports of any injuries.

Rhapsody of the Seas, however still continues on its 10-night voyage from Venice, The trip had commenced on 16th September. The ship is scheduled to make calls to Santorini, Kotor, Croatia, Zadar, Mykonos, Athens and Corfu. The ship was set to arrive in Santorini in Greece today morning.