The Cat in the Hat’s Just-Announced Presidential Campaign 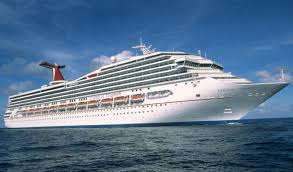 To celebrate The Cat in The Hat’s recently announced presidential campaign, Carnival Cruise Line – the exclusive cruise line partner of Dr. Seuss Enterprises and the Official Seagoing Campaign Headquarters for the world’s favorite feline — kicked off the festivities with a shipboard rally for kids aboard the Carnival Pride at the Port of Baltimore.

The #CatinHat4Prez campaign coincides with the release of the new Dr. Seuss book, “One Vote, Two Votes, I Vote, You Vote,” that teaches kids about the election process and the importance of voting.

Joined by his running mates, Thing 1 and Thing 2, The Cat in the Hat, decked out in his special presidential attire, hit the campaign trail on Carnival Pride to showcase his platform of “it’s fun to have fun but you have to know how” and led kids in a special Seuss-a-palooza Presidential Parade.

Following the rally, kids and parents alike dined on Carnival’s popular Green Eggs and Ham Breakfast with The Cat in the Hat and Friends. The young voters also participated in patriotic-themed arts and crafts and had their voices heard as they chose their favorite Dr. Seuss book, receiving a custom-made certificate for voting.

The #CatinHat4Prez-inspired activities are part of Carnival’s exclusive Seuss at Sea program, which is operated in partnership with Dr. Seuss Enterprises and features exciting youth, family, dining and entertainment experiences inspired by the amazing world and words of Dr. Seuss.