Tourism “getting back on track” in Egypt, Turkey and Greece 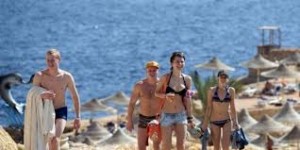 After a hiatus, tourism seems to be getting beck on track in in Egypt, Turkey and Greece.

An industry report released by the World Travel Market on Monday (Nov 7) states that more than half the buyers at the market said they were looking to discuss deals with Egyptian, Turkish and Greek suppliers.

The report is based on a poll that included input from 2,000 buyers at the World Travel Market, which kicked off in London on Monday.

Simon Press, the Senior Director of World Travel Market said, “After a difficult couple of years, the signs are that Egypt, Greece and Turkey are back on the agenda, while Tunisia is starting to turn the corner.

“The WTM Industry Report talks to people who have the power to sign deals and the high proportion of potential buyers interested in having conversations with suppliers from these destinations is a great positive.”