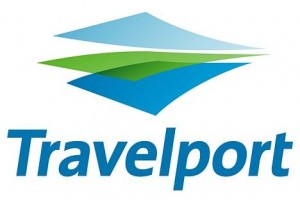 Travelport (the “Company”) a leading Travel Commerce Platform, announced today the closing of an underwritten public offering by certain of the Company’s shareholders (the “Selling Shareholders”) of an aggregate of 7,986,979 of the Company’s common shares (the “Offering”).

The Underwriter offered the shares sold by the Selling Shareholders to the public at $14.00 per share. The Company did not receive any proceeds from the sale of common shares in the Offering.

Morgan Stanley acted as sole underwriter for the Offering.

An automatic shelf registration statement (including a prospectus) relating to the common shares was filed with the Securities and Exchange Commission (“SEC”) on November 4, 2015 and became effective upon filing. A copy of the final prospectus supplement relating to the Offering was filed with the SEC on September 19, 2016. The Offering was made only by means of a prospectus supplement and the accompanying prospectus. You may obtain these documents free of charge by visiting EDGAR on the SEC website at www.sec.gov. Alternatively, copies of the prospectus and accompanying final prospectus supplement may be obtained from Morgan Stanley & Co. LLC, 180 Varick Street, 2nd Floor, New York, New York 10014, Attention: Prospectus Department.

This press release shall not constitute an offer to sell or the solicitation of an offer to buy these common shares, nor shall there be any sale of these common shares in any state or jurisdiction in which such offer, solicitation or sale would be unlawful prior to registration or qualification under the securities laws of any such state or jurisdiction.