Unbundle the PMC from the Backpacker Tax Package 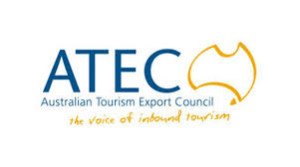 ATEC Managing Director, Peter Shelley, has called for the Passenger Movement Charge (PMC) to be unbundled from Working Holiday Maker Reform package which was presented by the Federal Government in September.

Addressing the Senate Economics Legislation Committee, Inquiry into the Working Holiday Maker Reform bills package in Launceston yesterday, Mr Shelley confirmed ATEC supported elements of the reform package, welcoming the reduction in the WHM Visa fee, the increase in the WHM age limit and funding for a promotional campaign to attract more ‘backpackers’ to Australia, but he called on the Government to unbundle the PMC from the proposed package.

“We are, begrudgingly, accepting the 19 per cent tax on backpackers. We think we can work with that, but it would be better if it were less,” Mr Shelley said.“However, raising the passenger movement charge by $5 as part of this reform package is unnecessary and unacceptable.

“In a seemingly overnight decision, the Government decided to increase the PMC by $5 – without any industry consultation — and maybe next year it will be another $5 and so on.“So we are very concerned about the treatment of the PMC and are united as an industry on again calling on the Government to freeze the passenger movement charge in the short term.”

Mr Shelley said the industry had no forewarning that the PMC increase would be part of the package announced by the Government.“The increase in the PMC is a major concern for us. How it was done and why it was done – without consultation – really is a key issue in how the Government views our sector.

“The best way to grow future tax revenue is to implement supportive policies which facilitate growth as well as investing in a strategy that drives visitation rather than reducing it, like we have seen in the past following dramatic increases in the WHM Visa fee.

“We firmly believe we need to get the policy levers right, and if we do, we will attract greater numbers of working holiday-makers to Australia, creating long-term ambassadors, providing a much needed mobile workforce for agriculture and tourism, and spending the dollars they earn in regional Australia.

“In order to make informed ‘growth focused’ decisions we needed some comprehensive modelling highlighting the impacts and the opportunities associated with changing policies for our tourism sector – and we have not got that.

“Its time the Government entered into a serious discussion on the PMC with the tourism industry and agree on a long term position on its treatment so that we avoid any future situations where we see the PMC raided and the industry off-side,” Mr Shelley said.