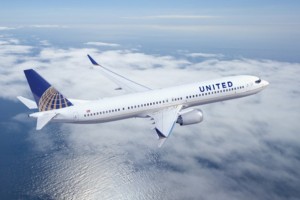 The countdown to Cuba is officially underway at United Airlines after the U.S. Department of Transportation (DOT) awarded the company final approval to launch service to Havana from two of its hubs this fall. Beginning Nov. 29, United will start daily nonstop flights to the Cuban capital from New York/Newark and Saturday nonstop service from Houston with both services subject to government approval.

Since the DOT announced its preliminary Havana route awards in July, United has been working closely with the Cuban government to prepare for the start of its operation into José Martí International Airport.

“I’m incredibly proud of all the dedicated aviation professionals here at United who are working hard to get our historic Cuba service ready for takeoff in November,” said Oscar Munoz, United’s CEO. “The final approval by the DOT reaffirms that our flights will ensure better choice, convenience and competition for all travelers on this important route, and I want to thank the DOT for their decision.”

Daily nonstop service from New York/Newark (EWR)
United’s daily nonstop flight from Newark Liberty International Airport will provide an important gateway to Cuba from the Newark/New York City region, the largest metropolitan area in the country and home to the second-largest population of Cuban Americans. For more than 20 years, United has offered the Newark/New York City region the most flights to the most destinations around the world.

Saturday nonstop service from Houston (IAH)
Recognized by “Trusted Traveler Network” as one of the most international-friendly points of entry for foreign travelers, Houston Bush Intercontinental Airport is United’s gateway to Latin America. United offers 91 daily nonstop flights to 52 destinations across Latin America and the Caribbean from its Houston hub. Bush Intercontinental will be an important gateway for service to Havana and will directly connect 20 markets across the central and western United States toCuba with just one stop. The Cuban-American population in the Houston metropolitan area ranks among the top ten cities in the country.

United will operate both services with Boeing 737 aircraft.