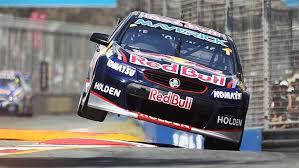 Australia’s top drivers line up at Barbagallo Raceway for the V8 Supercars Perth SuperSprint. Tens of thousands of spectators will enjoy the thrilling racing action this weekend.

The 2016 SuperSprint format includes a 120km race on Saturday and a 200km race on Sunday Western Australia’s largest motorsport fixture, sponsored by the State Government through Tourism WA, is part of an exciting and growing events calendar for Perth.

“These events contributed an estimated $1.3 billion to the State economy and generated valuable media exposure for WA in key tourism markets,” Barnett said in a media statement.

“The State Government is supporting more than 80 events in 2015-16.
As well as making a major contribution to the State’s $9 billion tourism industry, events boost the vibrancy and profile of destinations throughout Western Australia.”
This year’s V8 Supercars event is the first fixture in a three-year deal Tourism WA signed with V8 Supercars and the WA Sporting Car Club, locking in the Perth SuperSprint at Barbagallo Raceway until 2018.

In addition to the thrills and skills on the V8 track, spectators can enjoy expert manoeuvring in the drifting grand prix, RAAF fly-overs, a kids’ zone, historic touring cars, public transport included with tickets and free entry for under-13s with a paying adult.