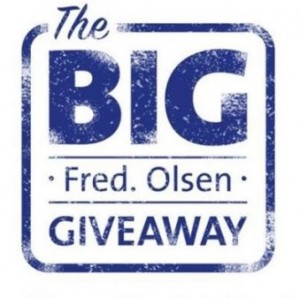 In support of CLIA ‘Cruise Month’, which is running during October 2016, Fred. Olsen Cruise Lines is giving travel agents the chance to win up to £5,000 worth of prizes in ‘The Big Fred. Olsen Giveaway’ – the biggest prize draw that the company has ever run! The competition commences on 1st October 2016, and agents can win an array of tempting prizes – 62 in total! – from Apple watches to mini-iPads and shopping vouchers.

As a grand finale to CLIA ‘Cruise Month’, Fred. Olsen will be holding a ‘Grand Prize Draw’ at the end of October, whereby all agents who have entered throughout the month will be entered automatically fort the chance to win a free two-week cruise holiday!

All that agents have to do to enter the is to make a booking with the cruise line and complete the simple form on its dedicated Travel Agent Centre. Each day during October, Fred. Olsen will be selecting two winners at random from the previous day’s bookings and the winners will be announced on the Travel Agent Centre each day.

CLIA ‘Cruise Month’ is being celebrated throughout North America, Australasia and Europe, focussing on raising the awareness of cruise holidays. The campaign will be highlighting CLIA-certified travel agents as the best way to book a cruise holiday, as well as providing agents with the tools and resources to be able to promote cruise travel to new and current clients.