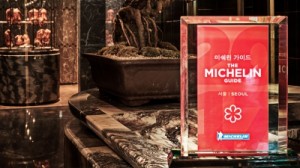 Yu Yuan, the Chinese restaurant at Four Seasons Hotel Seoul, has been awarded one star in the recently launched first edition of the Michelin Guide Seoul 2017.

Yu Yuan is one of only three hotels to receive a star – a distinction made all the more remarkable by the fact that it has been only one year since the opening of the restaurant.

Simon Wu, the Chinese Chef of Yu Yuan who has worked in 16 different addresses in Beijing and Hong Kong for more than three decades, brings a fresh take on Chinese dining to Seoul. His menu focuses on premium Cantonese cuisine while highlighting regional specialties of China including Yu Yuan’s signature Peking duck. Accompanying him are three Chefs also from China – a BBQ Chef, Dim Sum Chef and a Sous Chef – to create the ultimate Chinese dining experience to guests in the heart of Seoul.

“We are committed to creating authentic Cantonese and regional dishes, which makes us unique in the city, and it is a great honour to have our efforts be recognised in this remarkable way – especially because it is the first Michelin Guide in Korea and we are just a year old,” says Chef Wu.

One of seven restaurants and bars at Four Seasons Hotel Seoul, Yu Yuan opened on October 12, 2015 and was named after the famous Shanghai rock garden that influences its look. Designed by world-class designer André Fu from AFSO, Yu Yuan’s décor is a modern take on the Shanghai rock garden with a distinctive high-style ambiance that pays homage to the opulence and glamour of Shanghai during its heyday in the swinging 1920s. With deep jade and rich wooden tones running through the space, Yu Yuan boasts a true sense of grandeur with warmth and elegance.